Hit enter to search or ESC to close
Office Space

Today we’d like to introduce you to Cedric Matheny.

Cedric, can you briefly walk us through your story – how you started and how you got to where you are today.
I was a PK, commonly known as a Preacher’s Kid. My father, although passionate about ministry, worked full-time at Ford Motor Company as a Regional Quality Control Manager. He was a very hard worker. He punched the clock daily, worked set hours, had set duties and a set way of living day to day that left little time for his passion. However, being the hard worker that he was, he still managed to operate a church and take care of a household of five children. We moved to Atlanta, right before I reached my teenage years. I had no idea what I wanted to do with my life back then. But I knew I didn’t want to be a company man and it’s not because I didn’t love or respect my father. It was because as much as he provided for us, his time was not his; it was the company’s time. I wanted to have a career that I was happy doing and one that would offer more flexibility and control of my time.

So, when my high school counselor asked me what I wanted to do with my life, I honestly told him I didn’t know. But this is how God works. In the middle of our session, he received a call on his cellphone where he- in that short time- closed a residential real estate deal. It immediately sparked my interest. I wanted to know how he was able to make more money on that one call from the commission than some people made working all month! I then, as a naïve child with no disrespect intended, asked why he didn’t sale big office buildings so he wouldn’t have to work as a high school counselor. My thinking was if this kind of money can be made on single homes, imagine what could happen on commercial buildings! And all he needed was a phone and a computer so in my mind you could do this anywhere.

This industry allowed him to set his own hours (no clocks to be punched) be his own boss and control his destiny. He was restricted only by his abilities and choices. This was the career for me! My college hopes were all about getting into commercial real estate. Although I had a partial scholarship to Morehouse and was excited about attending this prestigious HBCU, their options for commercial real estate were limited and I was intent in my path, and thankfully I was given the opportunity to apply to GSU. I was accepted and graduated with Finance and Real Estate degrees. Even while in college, I worked at Bank of America. I was still a student at GSU when I was named the #1 Small Business Banker in the country. I was a student when I was promoted to Assistant Client manager which was practically unheard of, but I was on a mission. I graduated in 2008. I had a career path laid out. I was on a high. Then…. the bottom fell out!

Overall, has it been relatively smooth? If not, what were some of the struggles along the way?
I believe, 2008 will forever be a dark period in American history. Amid the bailouts, bankruptcies, bad banking decisions and the stock market crash, I graduated from college and two weeks later, I was laid off. Not only was I out of work, but I watched as the investments I made while still in school in properties went away. I lost quite a bit financially in that time, but I didn’t lose my way. I knew that commercial real estate was in my future. I briefly returned to my former employer in a lower-ranking position, but it did not afford me an opportunity to move closer to the commercial real estate division. After leaving there, I shifted to insurance because someone thought it would be a good move. #DETOUR! #Abort! There is honor in insurance for the person who has purpose there. It just wasn’t for me.

By now, I had been evicted from my apartment, lost all of my investment properties, my car and my part of my pride having to move into my dad’s basement. It was rough but it’s always darkest before the light! I landed a job with a private equity fund as a client manager at ClearSight Funding. I am a firm believer in the fact that God puts us in the right place at the right time to meet the right people. Rewind for a moment…While at Bank of America one of my clients kept insisting that I meet this guy named Leonte Benton. He thought we had so many similarities that we should at least know each other. When we met, it was as if we’d known each other…because we had! We had seen each other in our mutual circles but never held a conversation until that day. He told me about this new commercial real estate brokerage firm called T. Dallas Smith & Company that he was a part of and he wanted me to come on board. Since then, Leonte and I had always kept in touch and had a good relationship. ClearSight Funding wasn’t working out as I had hoped. Another failed career move I thought was going to get me out of this hole. Leonte being the consummate friend reached out to me and invited me to hang out one evening.

After telling him what was going on with me, he insisted that I meet with, T. Dallas Smith. I had known Dallas for some time in passing so while still hanging out with Leonte, I sent Dallas a 3AM text to schedule a meeting- not even thinking about the time. I figured he would respond later. He responded immediately (another sign). After meeting with Dallas, he encouraged me to get my license and told me I would be a natural in this industry. He told me if I came on board I would do things in a short amount of time that took him 20 years to do! Dallas had an eye (and still does) for knowing who was built for this industry and he stayed on me about it. I wanted to just jump in but the way my finances were set up at the time required I get my financial affairs in order before making the move to a commissioned position. I asked Dallas to give me a year to get it together and I would come on board. I don’t think he believed me, but I am a man of my word. A year later, I joined the T. Dallas Smith & Company team and I haven’t looked back.

Alright – so let’s talk business. Tell us about T. Dallas Smith & Company – what should we know?
T. Dallas Smith and Company is the largest African American owned commercial real estate brokerage firm in the country focused exclusively on tenant and buyer representation. We offer solutions to all size businesses who are in search of office, land and industrial space. I am currently a Principal and Vice President in the firm. My primary role with the firm is providing corporate real estate solutions to many of our corporate clients as well as providing commercial tenant rep services to many small and medium-sized companies. It is my job to walk my clients through the process and make sure they get the right deal to satisfy their commercial real estate needs. We often say leasing space without a tenant rep is like going to court without a lawyer. Our commission comes from the landlords, so our services are generally at no-cost to our clients but are a very valuable resource for them.

Our mission at TDS&Co is to expose as many young African American women and men to commercial real estate as possible. As a team, we work with this organization called Next Gen Men and Women, that closes the opportunity gap for under-resourced students. It’s an incredible moment of pride when I see that light switch come on and watch them blossom. The same is true for some of the young brokers who have come to the firm after me. This, I think, is what sets us apart from others. Our culture is one that builds pride in our purpose, our passions and our people. We believe that if we are all supporting each other in doing what we know we are created to do, the money will follow.

Any shoutouts? Who else deserves credit in this story – who has played a meaningful role?
There are so many people who have inspired and supported me. My wife who accepted my marriage proposal when I was still living in my father’s basement. My father who, although he believed in financial security, believed in me more. The principals at T. Dallas Smith & Company: Dallas for pushing beyond my first, second and third no because he saw something in me that, even I, couldn’t see. Leonte for being an authentic friend. Dexter for taking me under his wing and pouring into me. And the rest of the team for just allowing me to grow and cultivate at the same time. 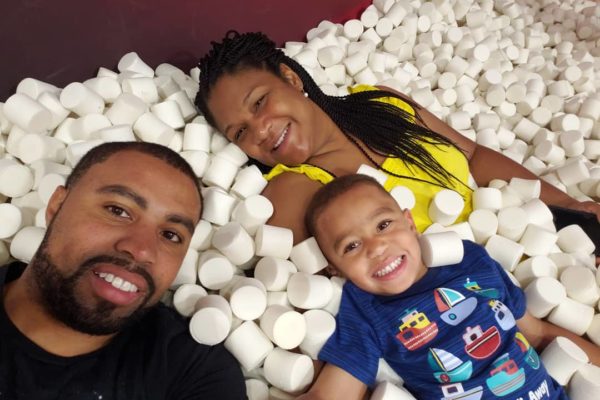 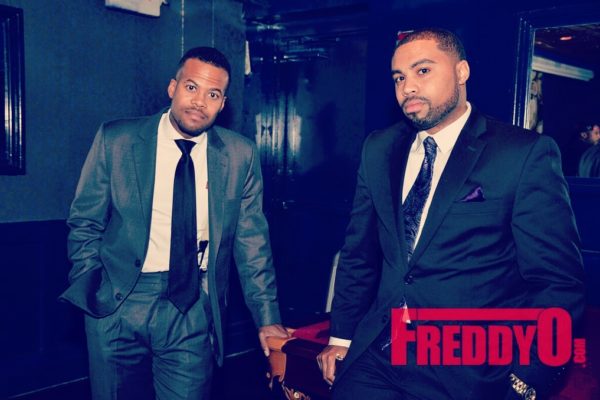 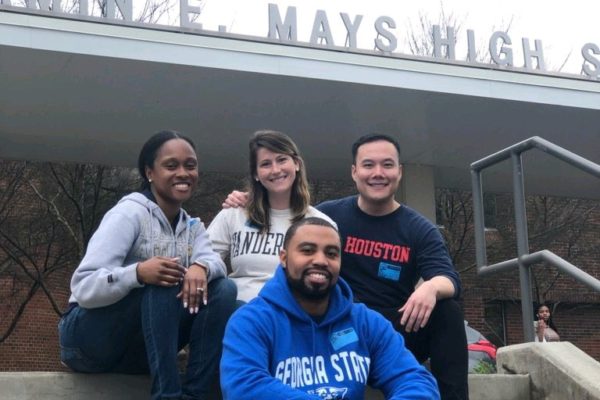 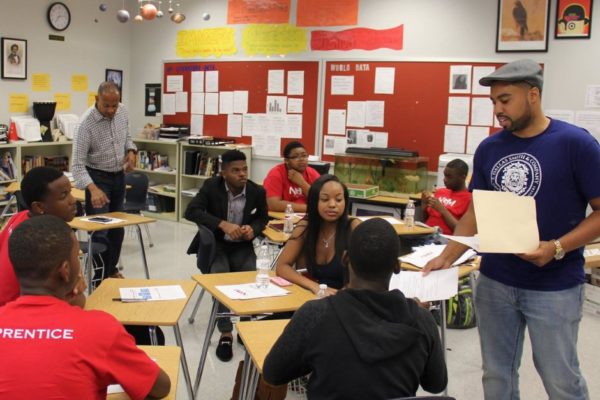 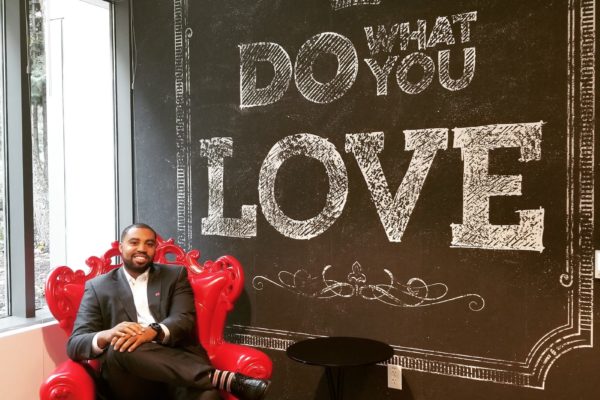 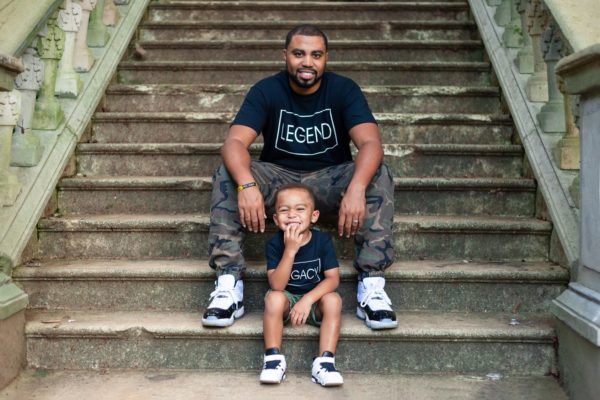 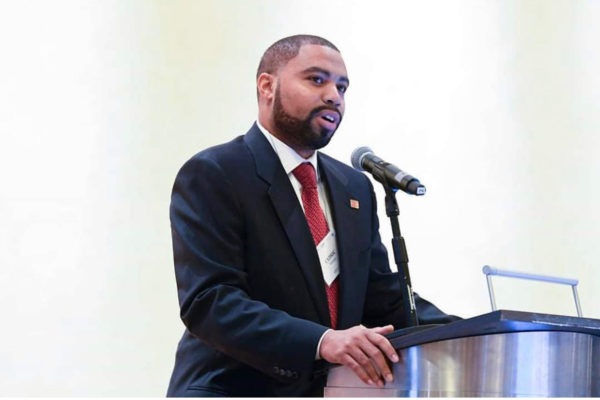 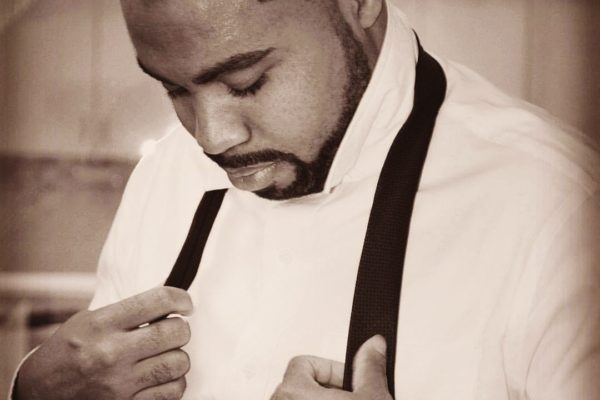