T. Dallas Smith reflects as he hands over reins of Atlanta firm 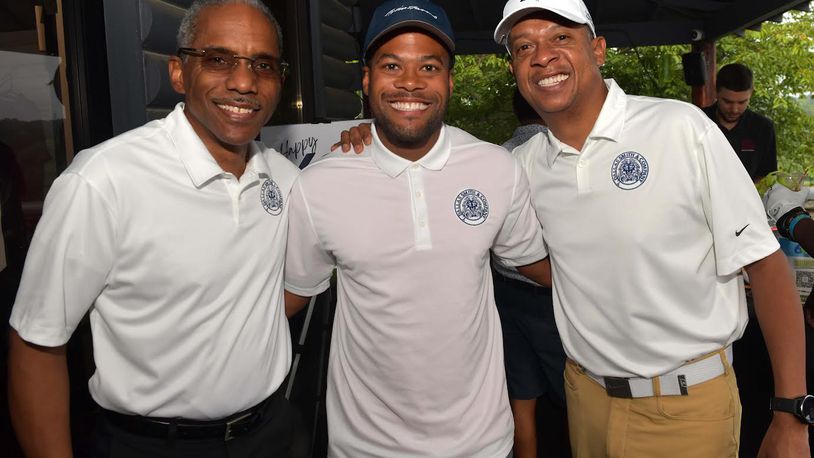 By: Zachary Hansen, The Atlanta Journal-Constitution

College Park Golf Course is rented out every August for a bunch of commercial real estate brokers to hit the links, smoke cigars and celebrate the birthday of their company’s founder.

Upon reading that sentence, one might envision a group of white, elder-leaning salesmen. The commercial real estate industry has been almost exclusively white and male since its inception, but T. Dallas Smith has made it his goal to defy expectations.

Smith, the man celebrating his 60th birthday on a recent Monday, started one of the largest Black-led CRE firms in the country 15 years ago. T. Dallas Smith & Co., based in Atlanta’s Centennial Tower, was his attempt to open up the industry to people who looked like him.

“It’s an issue of a lack of exposure,” Smith told The Atlanta Journal-Constitution at the golf course. “If you haven’t seen people do certain things, you never tell yourself that you can do it too.”

Atlanta is a city that prides itself on both its place in the Civil Rights Movement and for trailblazing business and civic leaders, including Black business icons like Herman J. Russell.

Under his helm, Smith’s company would go on to work with some of the largest companies in the country, from Microsoft and Coca-Cola to AT&T and FedEx. Smith decided his 60th birthday was the right time to do something difficult: hand over the reins.

On Aug. 22, Leonte Benton took over as president of T. Dallas Smith & Co., marking the firm’s first leadership change. Benton, 38, started as Smith’s intern when the company was being built, and every T. Dallas Smith & Co. executive was quick to say Benton was groomed for this day.

The two didn’t golf in the same foursome on the rainy morning in College Park, but both said their vision is in lockstep. Benton said he fully believes in the company’s mission to turn a profit while elevating minority and women brokers.

“It’s always been about exposing this industry to people of color,” Benton said as he stood underneath a tree to avoid getting drenched. “Minorities and women make up (a small percentage) of the entire industry, so we’ve made it our duty and hang our hat on increasing the number.”

Smith will remain the company’s CEO, but he said Benton will be in charge of the company’s brokerage operations. Benton was on the team that landed the firm’s most high-profile deal to date, Microsoft’s upcoming Grove Park campus that’s expected to house 2,000 employees.

“I think he’ll break barriers and will take us to new heights,” Smith said of Benton. “… We have great momentum, great traction and the future is much brighter than the rain today.”

In 1989, he became the first Black broker at Cushman & Wakefield of Georgia, and he would go on to pioneer the brokerage division of Atlanta’s landmark African- American-owned real estate and construction firm H.J. Russell & Company six years later. When he launched his own firm in 2006, he faced new challenges.

“We had no clients, no money, no nothing,” Smith said. “And today we’ve got some of the biggest clients in the world. … It feels like God’s answer to a prayer. It’s hard to put in perspective where we started and where we are now and what God is continuing to do.”

Smith’s peers described similar come-up stories, grinding their way to prominent positions in an industry where they were outliers. Harold Hicks, the global head of real estate for Research Triangle Institute International, was among the golf attendees. He said it’s surreal to see his industry in 2022.

“Thirty-five years ago when I started with Kaiser Permanente, it was a dream,” he said of seeing Black men rise to executive positions in commercial real estate. “And now to be a global head of international real estate myself, it’s like being in the ‘Twilight Zone.’”

Benton said his fascination with Atlanta’s skyscrapers and real estate started was a child. Smith helped foster Benton’s interest, just as he has in others.

His birthday event raised money for Next Generation Men and Women, a nonprofit that helps under-resourced students with career development. 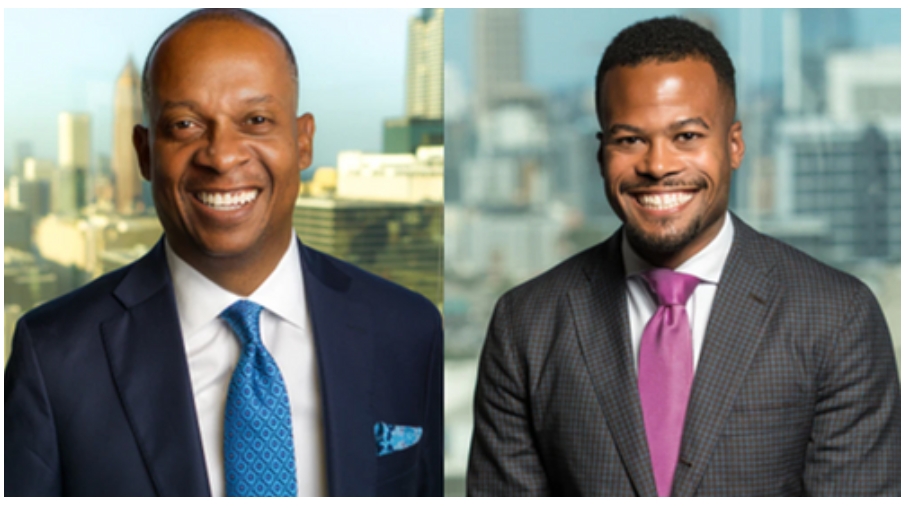 Perry, the chairman of Integral Group, recently named Vicki Lundy Wilbon as the new president of real estate for his firm, and he said “the potential is endless” for what he and Smith can now do in their free time.

“Dallas and I both took a step back from the day-to-day running of the businesses we created so we could think about how we could collaborate to have a bigger impact,” Perry said in an email.

Smith and longtime Chief Operating Officer Dexter Warrior said they’d be there to help Benton navigate the new position. Warrior said he’s proud the firm is in a position to weather a leadership change.

“It’s great when companies can do that and have the confidence that the next leader is ready to ascend to that role,” he said.

T. Dallas Smith & Co. broke into the limelight in 2020 with the Microsoft deal, which Smith said has opened many doors. The landmark deal remains a feather in his cap.

“That’s the one thing about exposure, it gives you momentum,” he said. “We’re representing a lot of companies that have a tech background… that (Microsoft) exposure brought us to another level.”

His company is currently working on three deals in Atlanta that combine for more than a million square feet of real estate, but Smith wouldn’t divulge any further details. Morris, the chairman and CEO of the Allen Morris Company, said TDS Investments is involved in a West Midtown project, which is in its preliminary research and design stages.

“I enjoy both his input and his insights and his understanding of the community issues that are so important to all of us,” Morris said of Smith, who is also on the University System of Georgia’s Board of Regents.

When asked about the status of Microsoft’s campus, Smith didn’t hesitate to call across the clubhouse for Michael Ford, the tech giant’s global head of real estate. Ford declined to comment, only saying “stay tuned.”

Despite the firm’s success, Benton said the company remains in its foundational stages. He said it’s vital for him and his team to maintain consistency with their clients, especially during this passing of the torch. He added that the current economy presents its own challenges.

“The capital markets have been a little wacky lately. There’s a lot of uncertainty out there just because no one knows what’s next,” he said. “But we’re just working to be a good steward of the resources that the man up above (God) has blessed us with. As long as we stay the course, I’m a believer that we’ll be OK.”

Morris’ company has experienced multiple leadership changes. He inherited the company from his father in 1980 and promoted his son, W.A. Spencer Morris, to president last month.

“When the person is already doing the job and doing it well, give them the title,” the CEO said.

Benton said growth will help the company expand its mission and open the door to more brokers of color and more women.

Diversity “is the future of commercial real estate,” he said, and competitors will need to embrace it.

Audra Cunningham, the company’s executive vice president and chief administration officer, said Benton is in a position to cement the firm’s legacy.

“(Smith) is not the firm because it’s a team, but it is his vision,” she said. “Leonte and the leadership team implementing his vision and continuing and growing his vision is going to be huge.”